Cuz all the cool kids are doing it....

seems that everywhere you look on the cyberclimbing scene one thing is at the forefront of most climbers' blogs- LISTS! the greatest v8s, the best V10s in each state, interactive polls getting readers feedback for the BEST boulder problems of every grade, etc etc. so now i'm gonna make a list, for a couple of reasons.

1) i'm more inclined to do something that i've written down. like mapping out feb into a nazi like 28 day regimented training of suffering (hope your psyched for it dylan, i guess you just got your cardio in...)

2) the list will be a (somewhat) tangible checklist i can look back on and say, "Hell Yes! Progression. I set these goals, attained this and that, YIIIPPPEEEE." It'll serve as a motivational training tool.

Other Places i should be at some point in the year....

anything else??? feel free to hollar
Posted by mancub at 10:33 PM 2 comments: Links to this post

amateur at best, but entertaining. mostly of kyle crushing rock, with one of myself waging war


and with what might have the most homoerotic editing ever, kyle continues his rock crushing domination.....

Posted by mancub at 10:17 AM No comments: Links to this post 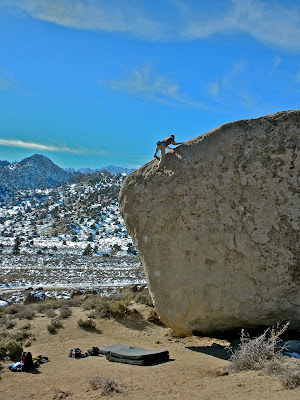 Jarred on Get Carter 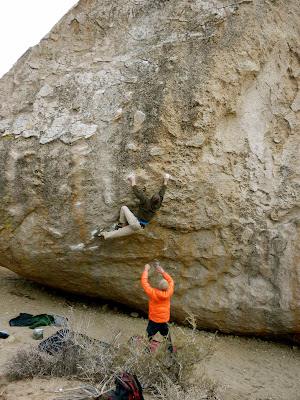 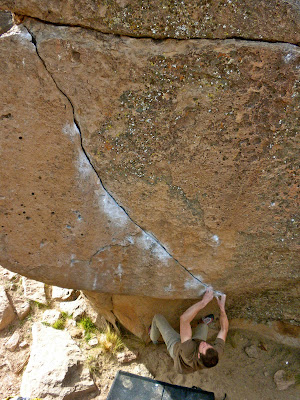 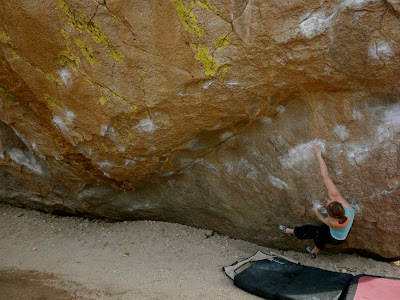 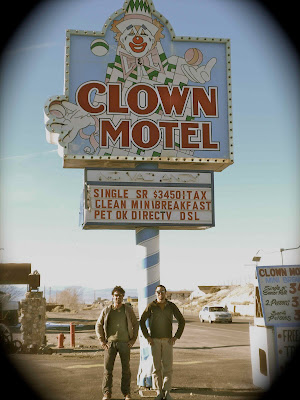 clowning in Tonopah
Posted by mancub at 3:00 PM No comments: Links to this post

Posted by mancub at 5:52 PM No comments: Links to this post

blogs suck- that's why i created one....

i don't really like the idea of blogs- especially climbing blogs. they seem designed to sing one's own praises, accolades, trials or whatever. ie, today i sent this and that and it was this hard and seemed soft and i'm downgrading it and 8a this and that and blah blah blah...i just want to post pictures and talk shit. if you don't like what i have to say, then go somewhere else.......


yesterday i got back from 2weeks in Bishop. it was awesome! hands down, climbing vacations are the best kind. living in the dirt, eating eggs and cheese, doing whatever the fuck we want, getting drunk. oh, and climbing! so much climbing. as one person we met on the trip stated, "I feel sorry for people who don't go on climbing trips; its the best lifestyle. The people you meet, the places you see, the things you do, its the full experience...." WORD!

*sidenote- there were more beautiful babes crushing stone in one climbing area at one time then is healthy. walked around with a floner (term coined by my friend joe, i'll let you deduce the meaning) for the duration of the trip. THANK YOU HOT CHICAS THAT CRUSHED (my heart and handlebars).
Posted by mancub at 3:13 PM 2 comments: Links to this post